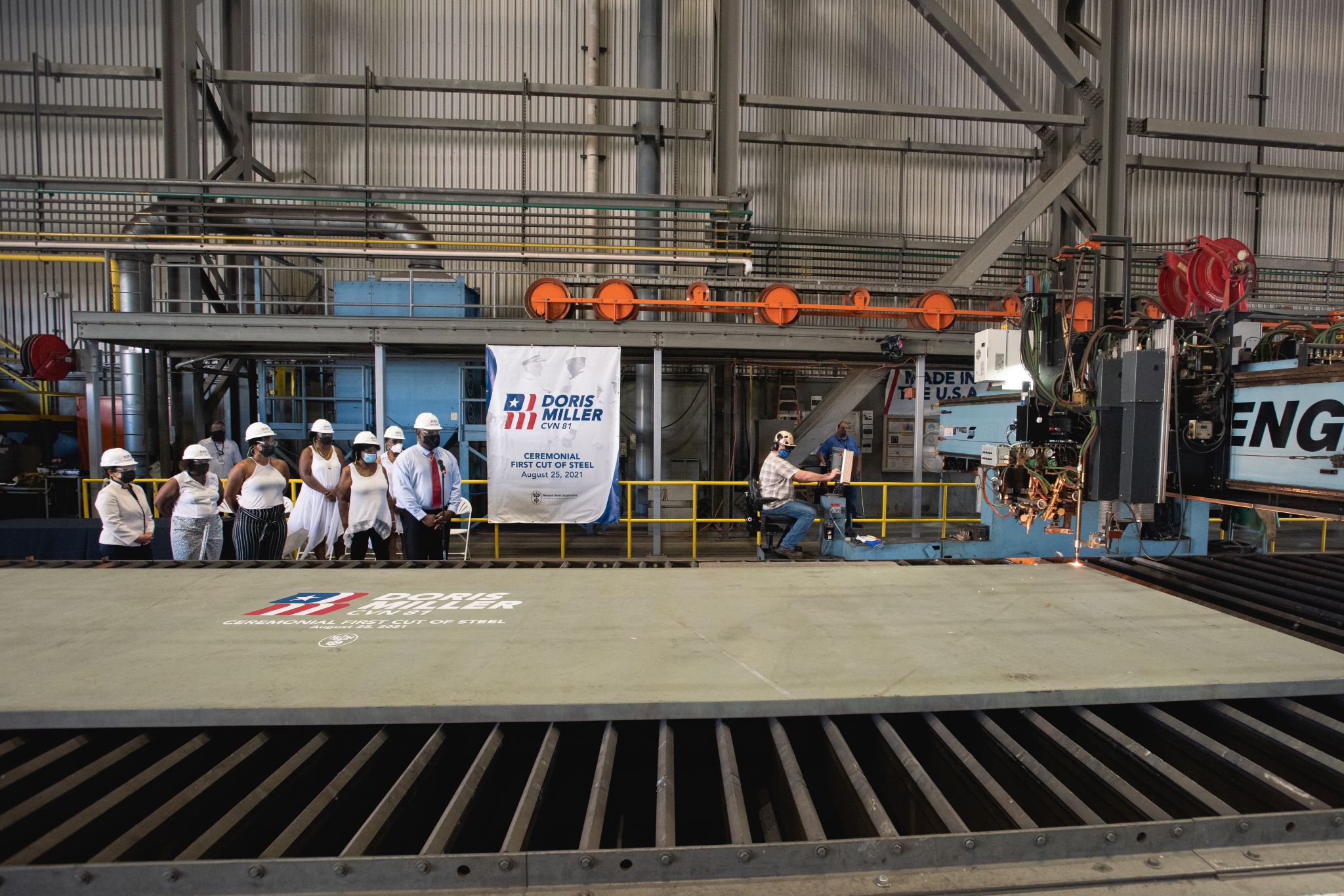 Chesapeake, VA (Aug. 25, 2021) – Jo-Kell Inc. celebrated today the ceremonial first cut of steel for the newest nuclear-powered aircraft carrier, Doris Miller (CVN 81). The ceremonial cut took place at Newport News Shipbuilding in Virginia, the location of the ship’s construction, but components of the ship are being supplied by Jo-Kell in Chesapeake, VA.

Jo-Kell contributes many different components in the construction of the aircraft carrier, including molded case circuit breakers, low-voltage transformers, power and control panels, downcomer wireways, and various hardware components. Items supplied by Jo-Kell are manufactured throughout the United States.

Jo-Kell is one of over 2,000 aircraft carrier supplier companies across 46 states who perform $8.8 billion worth of work. This nationwide industrial base continually invests in new equipment, technology, and a workforce of more than 92,000 to design and build ships, like CVN 81, that evolve with national security strategy. CVN 81 will be the fourth Gerald R. Ford-class aircraft carrier, currently under construction with suppliers across the country continuing to build this modern marvel of innovation and American manufacturing.

“Jo-Kell has been a proud supplier to Newport News Shipbuilding for many years,” said John Kelly, Chief Corporate Officer of Jo-Kell. “The entire Jo-Kell team knows how important our aircraft carriers are to our nation’s defense, and the first cut of steel for a new ship is cause for celebration.”

About the Ship’s Name

Doris Miller is the first U.S. Navy aircraft carrier named for an African American and the first carrier named in honor of a sailor for actions while serving in the enlisted ranks. Miller is credited with heroic actions while serving aboard the Newport News-built West Virginia (BB 48) during the attack on Pearl Harbor on Dec. 7, 1941. Miller’s bravery earned him the Navy Cross.

The Ford-class features new software-controlled electromagnetic catapults and weapons elevators, a redesigned flight deck and island, and more than twice the electrical capacity of the preceding Nimitz-class carriers. Ford-class carriers are designed to be the centerpiece of the nation’s security strategy and support and protect the global economy through the protection of sea lanes around the world.